Gracious and loving God, give us humble, teachable and obedient hearts. Silence any voices this morning but your own, so that we may receive what you will reveal to us and use the wisdom we gain in service to you. Amen.

So, what is the best party you have ever attended? And what made it the best? Was it the food that was served? Was it the people who were with you? Was the conversation particularly interesting and enlightening?

While it is difficult for me to choose one event that stands out (since I have quite a few years of events to choose from), I think the most recent one that stands out for me is a party that my sons’ in-laws gave for him in honor of his graduation from his Physician Assistant program.

We were in Seattle, where my son Josh and his wife Linea live. Linea’s parents, Cinda and Curt, had a seafood boil – all fresh.  All the food was amazing – from the appetizers to the main course.  And the company – Cinda and Curt are wonderfully warm and loving people (as are my son and his wife, although I don’t want to boast).  It was truly a wonderful afternoon and evening – full of love and laughter. One that made me so glad to have accepted the invitation.

Jesus gives us this parable about a dinner party. The host invited everyone who was anyone. One by one, he received regrets – his friends could not attend his dinner party. And they had all kinds of excuses. One had just bought some land and needed to go and check it out. Another had just bought five yoke of oxen and had to see to them. Still, another was a newlywed and wanted to stay home with his new bride.

They all began to make excuses. I'm sure they were valid excuses – at least we aren't told that they were lies. And haven't we all done just what these men did? I am an introvert, and so there are times I am emotionally drained and feel a need to recharge.  In those times, I have been known to make an excuse or two (hopefully a little better ones than these fellows in our parable) so that I could stay home instead of attending yet another function.

So for us, the church in the 21st century, what is the message? Okay, there is certainly something about not making excuses and "showing up" for church activities and worship. Of course, God wants us to be in community together and to come to worship on Sundays. But I see much more in the scripture, and I want to talk about that for a while.

I’m sure we have all heard lamenting about the decline of membership and attendance in mainline churches.  Ten years ago, our own Presbytery had around 100 churches in its' membership – we now have around 80. Many churches have fewer members than they did ten years ago.

If we look at this problem through the lens of this parable, what do we see? I don’t think that the message is that we should shame our members for - not attending worship or for missing church activities. I don’t think it helps to heap guilt upon those who stay home. Our God, who is the host of the dinner party in this parable, continues to invite us over and over – and so should we as the church.

This parable tells us that our invitation needs to extend outside the doors of our churches. There are so many people to love – they just haven't received the invitation to come in and be loved.

So, we can stay in our church buildings and wonder why they are becoming empty. We can continue to throw dinner parties and wonder why we get excuses instead of acceptances. I wonder if this parable offers us a vision of another way.

I worked with a small church in our Presbytery several years ago. They were very rural and only had about 18 members left. They supported themselves by hosting fundraising dinners because their tithes were insufficient to meet their financial needs. They had not had a pastor since the death of their beloved leader two years earlier.

At the first session meeting I attended, I expected to hear lamenting and nostalgia for what they had once had – but there was very little of that. They were inviting students from a nearby seminary to preach. They shared with me that at first, they were desperate to find a minister, but had begun to see this as a ministry to the students – they were giving them an opportunity to gain experience in preaching. They were invited into their midst young people who wouldn’t normally have been given the opportunity.

They recognized that conventional wisdom would have led them to close their doors, but they shared with me the reason they kept going. They had a youth ministry – even though their youngest member was 63 years old.  On Wednesday evenings, they hosted dinner and Bible Study for any children in the community who wanted to attend – usually 15-20 kids. None of these kids or their parents had begun to attend their church, but that didn’t matter to these folks. They told me that they believed the Wednesday evening dinners might be the only experience these kids might have of God. These loving Christians saw this as their reason for remaining a congregation. Like the host in our story, they went out and invited those who were not on the "A" guest list.

I’m not suggesting that this church keeps people out – no congregation I know of does that.  “All are welcome” is what we say – and we mean it! We do warmly greet anyone who comes through our doors, and we care for one another lovingly. We offer grace to one another – the kingdom of God is truly found here. And - does this parable call us to do more?

Do we invite to our dinner table and the Lord’s table only those who come to us and not those who need to find meaning and salvation in life, but don’t know they are on the guest list? Jesus gives them – and us - a new paradigm. A paradigm where all are invited – and continue to be invited.  A paradigm where we go out and find those who don’t know of God’s love and grace.

I want to tell you about a paradigm shift I have experienced.

I have been pastor at First Presbyterian in Danvers for seven years – my husband is now the lead pastor, and I share his ministry. As I read this scripture, I was taken back several years. Danvers is an aging congregation and has been experiencing declining membership for some time. When I first started at Danvers, we had 4 or 5 children attending, and so had Sunday School and other activities for children.

After about a year, the children attended less and less – two families had moved away, and one family began attending another church.  Teachers would prepare a lesson and have no students there to hear it.  I planned children’s sermons only to find that there were no children in worship to come forward and hear them.  There were children connected to our congregation – families who were still members but not attending and grandchildren of members – so we reached out to them with little response.

Our Christian Education Committee spent several months discussing what we could do and were getting nowhere. We sent out invitations to each child for special Sunday School events and received no answer.  We were feeling discouraged and confused – why were we not getting a response?

We decided to take a step back and look at our program of Christian Education. We had a sort of an epiphany – a paradigm shift if you will - perhaps the purpose of Christian Education was not only to educate those children in our congregation but to educate all children within our reach. We hosted Vacation Bible School each summer in coordination with four other churches in the community and would have 60-75 children attend each year. So we knew there were children in the community who wanted to hear about Jesus.

We decided to stop having Sunday School on Sunday mornings and looked for ways to provide Christian Education that didn’t follow the established pattern. We began to invite children from the community – whether they were associated with a church or not. We had a cooking class that included scripture and stories about food.  The kids learned to make simple, delicious dishes and heard about God’s love for them and their families. Toward the end of the program, we had over 20 kids attending each week.

We have a Saturday morning breakfast club on the second Saturday of each month.  Kids and parents are invited to come and have breakfast and talk and play games.  Prayers and devotionals are included. The kids pray regularly for one another and for each of us.

We offered our building to the YMCA for their after-school program, and so our fellowship hall is now filled with 10-15 kids each day after school.  Our members have been invited to come at any time and share stories or cookies and milk with the children.  We are blessed by them and pray they are blessed by us as well. Like the host of the dinner party in Jesus’ parable, we have discovered that when we change our paradigm and expand our guest list, God’s love and grace are spread in the world.

I remember seeing an ad for another denomination – they said it was a true story. The ad pictured a teenager and his buddies breaking into the church to play pool in the fellowship hall. The ad showed them climbing the fence, picking the lock, and sneaking through the Sanctuary like robbers, finally making it to the pool table only to have the game interrupted by the pastor. But instead of chasing them off as trouble-makers, the pastor says, “Of all the people in this neighborhood you guys are trying the hardest to get into church. Here's a key, come any time you want.” “That day,” said one of the young men, "I became a minister. I knew the invitation that was extended to me. I was welcome in the House of God. I belonged in that place."

In the next few months, we will be looking at the paradigms that are held by this congregation and discovering how we want to extend God’s invitation into our community. This parable has so much to say to us – about how we respond to God’s invitation as well as who we put on our guest list. My prayer is that each of us will experience the blessings that are to come.

Please pray with me: Holy God who invites each of us into your kingdom, open our hearts and our eyes to see those around us who would love an invitation.  May we take the gifts and blessings you give to us and share those with all we meet. Amen. 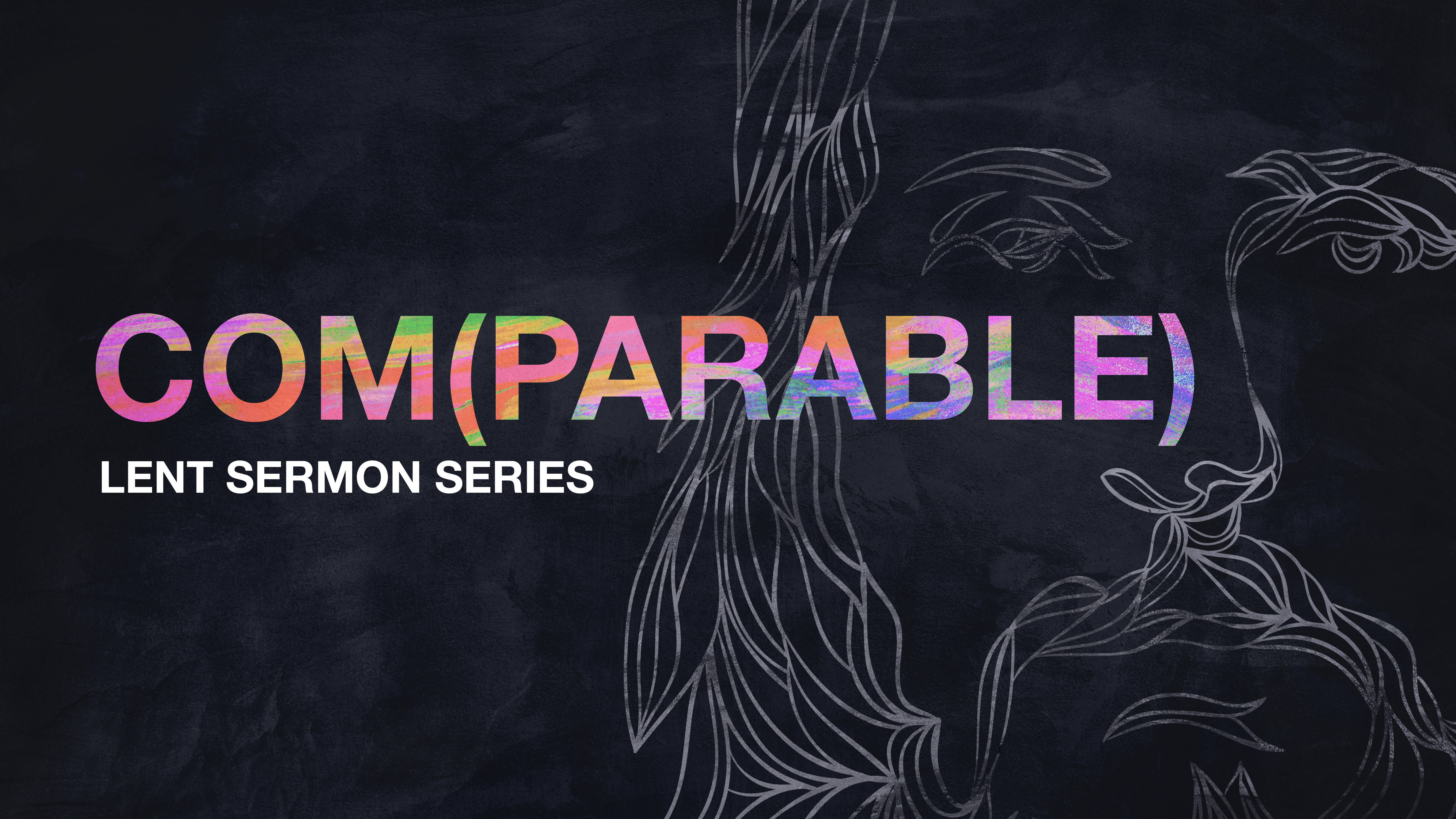