When I served as a youth director, I had the chance to go on several mission trips with the students of my church. Over the eight years I served there, I took my students on a bunch of different types of trips. We experienced work trips with hard labor, community trips where we participated in intercity VBS programs, and intergenerational trips where new relationships could be formed. One of the trips I did each summer was a middle school mission trip. This was a chance for the younger youth group students to get to know each other better and get their feet wet with what it looked like to love their neighbor and serve others. I always tried to ensure that the labor or tasks of that trip were appropriate for junior high students. I didn’t expect a 6th grader to be able to haul bags of concrete all afternoon.

So, as I was preparing for the middle school trip one year, I was plugged into an organization called The Pittsburgh Project. Many fellow youth workers spoke highly of it, it was the right travel distance I was looking for, and it was affordable. And they even had a week in the summer specifically for middle school students. Perfect! So, I called and just wanted to check on what the labor situation would be. What kind of work would my students be doing that week? The staff person said, “Looking at your group size, we actually have the perfect site for you. Your team would be doing a lot of landscaping and clean up at an elderly woman’s home.” Exactly what I wanted to hear. Manageable work and a chance for my kids to interact with the homeowner. So, I signed us up. I had several of my students register, and when July came around, me and a bunch of my middle schoolers loaded up and made our way to the Steel City. We got settled in our lodging, received our orientation, and then eventually made our way to our work site for the week.

When we started the work, I had it in my mind that a little landscaping and yard work would be perfect for my middle schoolers and not too tough. Well, it turns out I was a little off on that estimation. Not only was part of the work too much for my students, it was too much for me and my adult leaders too. Don’t think less of me here. The yard work wasn’t a problem. The mowing, weed whacking, trimming, we had that covered. But when it came time to remove some overgrown bushes from this woman’s yard, we encountered what had to be the deepest and most entwined root system I’ve ever seen. We spent hours trying to get this thing up, and eventually, the site overseer for the Project had to tell us that we’d done all we could do and moved us to another task at the worksite.

Maybe you’ve had a landscaping nightmare like this one before. One thing is clear, the deeper the roots, the harder it is to remove. This morning we are continuing through our Difficult Decisions message series. Last week we stood with Abraham when he faced a Painful Obedience when deciding between the son he loved so much and the God who had promised everything. This morning we’re going to observe a very different Difficult Decision that one of God’s faithful faced. This morning we’re going to look at a chapter in the life of David.

David is a figure from Scripture that you might be familiar with. His rumble with the giant, Goliath, has got to be one of the top five Sunday school stories for kids. But before he was a giant slayer, David was a simple shepherd boy that God saw fit to make the king of Israel. What’s even more important, we’re told that David’s anointing wasn’t a result of his strength, wisdom, or cunning personality. No, David was chosen by God because of his heart. Despite holding the stories of hundreds of faithful people, David is the only person in all of Scripture - described as being a man after God’s own heart. There was something rare and pure within David that the Lord desired to use as soil to foster not only a righteous king but also a prosperous and faithful chapter for the nation of God’s people.

Even so, David’s path to leadership wasn’t an easy one. The previous king, a man named Saul, would not relinquish his authority and position of power. What’s even more troubling, Saul became increasingly violent and unstable. When Saul and David first met, we see Saul giving David his armor so David could go up against Goliath. Eventually, Saul becomes so enthralled with envy, fear, and rage that he makes multiple attempts to kill David. David is God’s anointed. He’s been told that he will be king. David is close friends with Saul’s son, Jonathan. But when we come to our text this morning, we find David on the run with a few of his supporters, their hiding for their lives. And it’s while hiding from a man seeking to murder him that David faces his own Difficult Decision. We’re in 1 Samuel 24:1-22. Let’s read.

We can all agree that David is facing some drastically unfair circumstances here. He’s literally done nothing wrong. He’s only made every effort to serve God and to be faithful. And what does he get for that effort? A blood-crazed king chasing him down to end his life. And in an odd twist of fate, David now finds himself within striking distance of his enemy. David’s men see the opportunity. “This is it. This is your chance. Sneak up on Saul and kill him before he can kill you.” So, David creeps toward Saul, draws his knife, and does what? He cuts off a piece of Saul’s robe. David’s men are as frustrated as they are confused, but David snaps back at them. David would not raise an act of violence against Saul, and he commanded his men not to do so either. And then David confronts Saul. He shows him the edge of his robe but, more importantly, David shows Saul the strength of his character and how deeply his Roots of Integrity go. Saul is overwhelmed by this act of humility and bravery, and unfortunately, only for a short time, Saul ends his murderous crusade against David.

This was likely one of the most Difficult Decisions David faced in his life. And while we all abhor violence, perhaps you can see how David might have been justified to take the advice of his comrades. After all, not only was Saul trying to kill David, but Saul had also become unhinged in the way he exercised his power as king. There are those who would not only defend David’s choice had he chosen to end Saul’s life. There are some people who criticize David for not doing so. But something stopped him. Despite being on the run. Despite being forced into hiding to preserve his own life. Despite being denied that which God had promised. Something deep within David influenced the decision he made that day. And I believe it was the Roots of Integrity that ran deep within David’s person that was the deciding force. These roots were woven throughout David’s spirit, mind, and heart. They were made of conviction, faithfulness, and trust. And even though Saul’s bloodlust gave the opportunity for those roots to be torn up, they were far too engrained in who David was to be removed. And thank God for that.

Integrity can be described in a lot of ways. The most common definition, perhaps, is consistently and purposefully doing the right thing regardless of the circumstances. When I was a teenager, I was told integrity was being the same person no matter where you were. Integrity is as stubborn as it is admirable. We applaud examples of integrity when we see them in our community or on the news. An act of incredible selflessness. A moment of bracing honesty. A willingness to endure hardship to preserve a value. All of these can be expressions of integrity. And just like David, the way we handle Difficult Decisions can and will be influenced by the breadth and strength of our own Roots of Integrity.

David faced a choice of whether or not to do something that he knew was wrong, something that opposed a core value and the conviction of his faith in God. Yes, it would make his life easier. Yes, he would be safer. Yes, it would put him into a platform of power and control. But the cost, at least for David, was too great. Almost all of us face situations like this one in our lives. Situations where we are presented with the opportunity to wither our integrity by some margin so that we can make a decision that benefits us or resolves a problem we’re having. We say to ourselves - it’s only once, that it’s necessary this time, that we deserve it. But when we make that decision to sacrifice our values and the tenets that confirm our identity as Christ-followers, we weaken and desiccate the Roots of our Integrity. With every lie we tell to cover who we are or to present ourselves for something we’re not, those roots wither some. With every action we take against another person so that we might benefit, those roots wither some. With every private act that dehumanizes another person or robs us of awareness and sense of mind, those roots wither some. And every time we go against the teachings and the example of Christ, those roots wither. And we know what happens to a plant when its roots are withered. It slowly shrinks away until it is easily removed.

So, my challenge to you comes in the form of a question, what does your roots system look like? What is the state of your integrity? This world has been damaged and wounded by far too many people who sacrifice their integrity in order to gain what they want. And that’s the opposite of what we saw displayed in our Savior. What does Paul say in Philippians 2? That even though Christ possessed the very nature of God, that Jesus chose to forgo that equality and that authority and become like us. So that He could save us, and, in the end, Christ is exalted in the highest place. In the end, David became the greatest king Israel ever had.

So, what about you? Will you be a person of integrity? Will you hold fast to your identity as a follower of Christ in every space and corner of your life? Here, at home, at work, at school? Because, you see, in the end, I don’t really believe this was a difficult decision for David. I don’t think there was any doubt or hesitation in his mind, no matter the cost. And that’s because David’s intentions and his spirit were supported and nourished by the deep and reaching Roots of Integrity that he had grown. 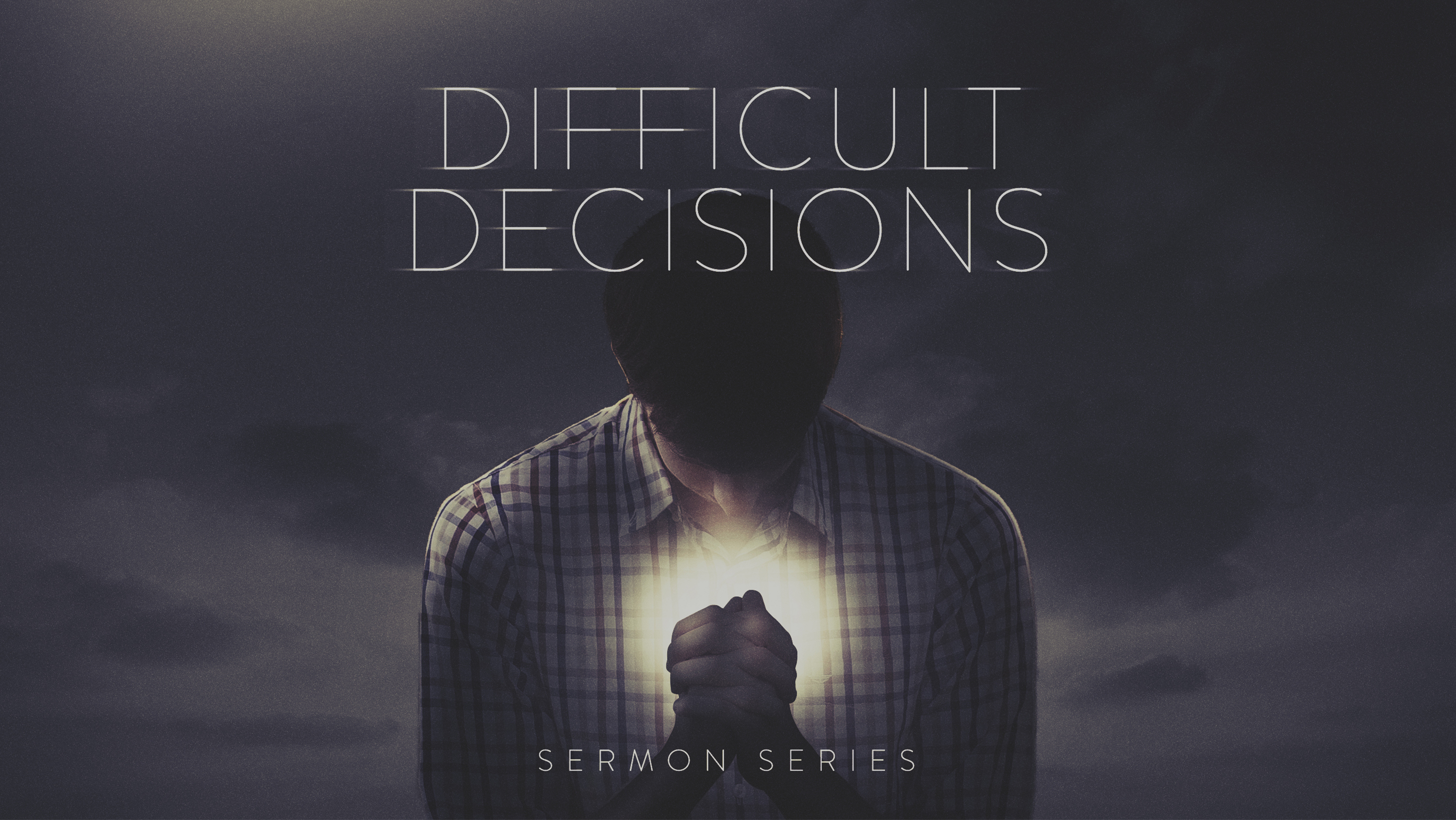