I want to begin by telling you about a boy named Kelvin Doe or, as some called him, the MacGyver of Sierra Leone. Some of you might actually recognize the name from a few years back. Kelvin was born in one of the poorer areas of Freetown, the capital of Sierra Leone. His family, like many others, struggled with poverty and hunger and all of the issues that plagued the more impoverished districts of their community. Not only was food scarce, but there was also virtually no reliable electricity provided to their home or the others around. The power would be interrupted or cut without any notice more times than people could count. Kelvin, knowing nothing other than these blackouts, began tinkering with whatever machinery or technology he could find as a kid. Kelvin would go around and collect scraps of tech and discarded equipment of any variety from any location he could find. Trash piles and salvage yards were his frequent spots. And then he would take those components and devices and disassemble them and then put them back together in order to learn how they worked. Mind you, this wasn’t something he was taught. It just came naturally to him. And then he began using his newfound talents to try and solve some of the problems within his impoverished community. He figured out how to build battery-powered lights for those times when the electricity went out and built his own hand-powered generator. Eventually, a local TV station caught wind of Kelvin’s inventions and did a spot on him. And it just so happened that a man named David Sengeh saw that broadcast and that sparked the beginning of a huge change for Kelvin.

Sengeh is the chief innovation officer for the president of Sierra Lione and worked in the research department of IBM for years searching out and developing new medical technologies and educational initiatives in Africa. He’s offered several TED talks on everything from educational technology to breakthroughs in prosthetic limbs. An engineer and dreamer at heart, Sengeh saw Kelvin Doe and knew what he had to do.

Sengeh personally invited Kelvin to be the youngest ever to participate in MIT’s Visiting Practitioner’s Program and then became a mentor and advocate for Kelvin. Sengeh vouched for Kelvin and lauded this young man’s creativity, ingenuity, and dedicated compassion. David Sengeh put his own reputation on the line in order to afford Kelvin a platform and a voice. Since then, Kelvin has met with several world leaders and fellow innovators, he’s lectured and offered inspiration through TED talks and even in classes at schools like Harvard, and his tech company is tirelessly working to bridge the gap between affordability and sustainable solar energy. Kelvin is fostering monumental change and he is the first to tell you that David Sengeh was a big reason why.

Kelvin had all the gifts. He had the drive and desire. He was ready. What he needed was someone who was willing to step in and give him a platform. Someone who would Be a Barnabas. This morning I want us to look at a portion of the apostle Paul’s story. Paul is a prominent figure in our Christian faith. Aside from Jesus Himself, Paul is single-handedly the most influential and impactful person regarding the growth and life of the earliest movement of Jesus followers. One scholar even says, “The spread of Christianity in the Roman Empire cannot be imagined apart from Paul’s work.” But he wasn’t always the teacher and pastor that many of us might know him as. Our introduction to this man begins when he was still named Saul. And his life’s work was eradicating any trace of this new group of people who followed and shared about Jesus. That is until Jesus appeared to Saul on the road to Damascus and set into motion one of the most incredible stories of conversion our faith tradition has to offer. Unfortunately, that is a story for another time. We need to fast forward a little bit.

Saul, now called Paul, completely surrenders his life over to Jesus Christ and shares the good news of Christ’s resurrection. And he does so with an incredible passion. In fact, Paul did this so well that the Jewish leaders, his former associates if you remember, set up a plot to take Paul off the board and to have him killed. As he’s hiding for his life, he tries to join up with the disciples who are in Jerusalem. And that’s where our text picks up. We’re in Acts 9:26-31.

So, on the surface, this is a not so great look for the young and growing Christian church. You have an individual who is passionate, making every effort, (and if that wasn’t enough) running for his life, and he comes to you looking for safety and community, and they turn him away. Now, to be fair, we should put ourselves in the shoes of the disciples as well. It wasn’t that long before this that Paul was literally their worst nightmare and the reason why some of their friends and maybe even family were imprisoned or executed. So, you have someone with passion, gifts, and willingness who cannot get to a platform of influence on their own accord. Enter…Barnabas. Barnabas vouched for Paul and put his own reputation on the line with his own community. He knew Paul’s story, he witnessed Paul’s devotion and conviction in his preaching. He saw what Jesus saw in this man. So, he cashed in any of the social capital he had to make sure Paul had a chance to do what the Lord had called him to do. And it worked. We’re told that after Barnabas stepped in, Paul went about the area preaching and debating. The Christian community even protected Paul when more plots against his life arose. And in the ensuing pages of Paul’s story, we witness a deeply passionate and vital servant of God who would go on to plant new churches, bolster existing ones, and pen the very holy texts we now reference as our own faith grows. Again, all because Barnabas did what he did.

This story has always meant a great deal to me. Specifically, the figure of Barnabas. Barnabas, by the way, means “son of encouragement.” Early on in my own Christian journey, I discovered I possessed the spiritual gift of encouragement. It was something my youth pastor saw in me and went out of his way to nurture. And one day when we were talking, he told me that I was a lot like Barnabas. I said, “Who?” And then once I read this passage, I was sold. In fact, I even made my first email address: barnabassoe@yahoo.com.  But this story has so much more power aside from influencing teenage email addresses. It stands as an example. An example our world needs to be reminded of.

The cases of Kelvin Doe and the apostle Paul show us something: Advocacy can change everything. Both in the case of a single life and in the entire story the Lord is writing in this world. No matter how much we wish otherwise, the reality is that not all people who can bring about change are given a chance to do so on their own. Whether it be circumstances of poverty like Kelvin or judgments based on a person’s past like with Paul, many people face unjust barriers they cannot overcome. They need someone to step in and Be a Barnabas. Organizations like the Boys and Girls Club and Faith in Action are built on the example and the compassion displayed in Barnabas. The mentors who are a part of the Kids Hope program and our partnership with Fairview Elementary are walking in the footsteps of the son of encouragement. It is likely that many of you can even think back on your lives and identify one or more people who served as your Barnabas, and showed a belief in you and a willingness to sacrifice so that you might have a new opportunity. And, as I said, that is something this world needs to see. Especially right now.

Many in society these days are entrenching themselves in who they are against. My challenge to each of you is to do something different and to Be a Barnabas. Identify someone who you can leverage your blessings and your influence so they can be put in a position to be who God created them to be. And if Kelvin Doe and the apostle Paul are not strong enough examples to inspire you, remember that this is also the work Jesus Christ took upon Himself for each and every one of us. With our own sin and brokenness chaining us to a destination of destruction, our Savior stepped forward on our behalf. He risked and sacrificed His own perfect life so that we might be introduced to the life and purpose we were initially created for.

So, who can you Be a Barnabas for? It doesn’t matter where you are in your life, how old you are, or whether or not you believe you have anything to contribute. If you’re in high school, look to someone in middle school or elementary school. You don’t even have to be in high school. It’s no secret that my son Isaac can be a bit shy and hesitant to jump into things. The children’s ministry programming here is phenomenal, but still, Isaac was hesitant. That is until Kaien White noticed Isaac and seemed to make it his mission to make sure Isaac felt welcome. Caitlin and I have both caught sight of Kai walking around with Isaac downstairs with his hand on Isaac’s shoulder. He has been a Barnabas for my boy. If you feel your energy is waning, perhaps there is another resource you can be generous with so that a barrier can be removed from the path of someone being held back. And maybe, just maybe, God is calling you to risk something so that another can have a place at the table or a platform to be used by our Creator.

Centuries ago, the earliest followers of Jesus were just beginning to organize together. There was much that needed to be accomplished so that the Good News of Jesus Christ might be shared in every corner and to every heart. And God saw fit to call one of the most unlikely of people to play perhaps the most pivotal role in the formation and definition of our faith. But Paul couldn’t arrive at his platform of influence on his own, regardless of the strength and fervor of his conviction and dedication. He needed someone to vouch for him, to publicly declare their trust in him, to risk everything so that Paul might succeed in the calling God placed upon his life. Just like Paul, we all need someone like that who believes in our potential and brings us to the place where we can make a difference. And now, my challenge to all of you is to be that son or daughter of encouragement. To be that source of inspiration and advocacy for another. To listen to the voice of God, come alongside someone else, and Be a Barnabas. 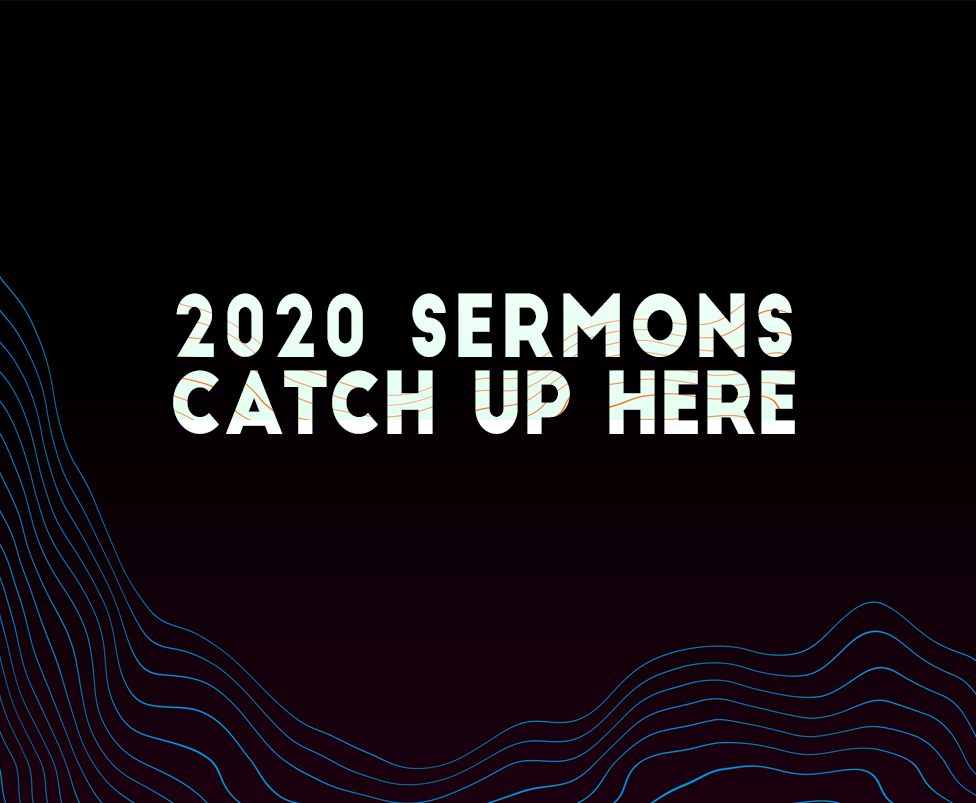