I want to begin this morning by telling you about a good friend of mine named Andy. He and his wife are actually Isaac’s godparents. Andy and I have known each other since our days working at the same Christian kids’ camp during high school and into the early years of college. Our families ended up living right down the road from each other when we lived in the Lancaster area. Andy is a super handy type of guy. He can build or fix almost anything and works as an engineering manager. He’s a bright guy with a solution for most problems. But the thing about Andy that always struck me and the reason I’m bringing him up is his uncanny ability to remain calm and cool no matter the situation.

Andy and I have been friends for something like 15 years, and I can honestly tell you that I don’t remember a single time seeing him lose his cool, raise his voice, or even seem rattled. Our close group of friends did a lot together, and our collection of mid-20’s somethings had the usual type of drama you’d expect from time to time. While other seethed or snipped or moaned, Andy just let it all roll by. Never getting involved, never getting pushed in, never adding to the noise. When he was getting married, I didn’t see any nerves. When he became a dad, even with the tired eyes of being a new parent, he showed no frazzle or crack of insanity. Number two comes along, the same thing, excitement, joy, but no cracks. Even when they recently had their third child, I thought for sure I’d hear a little quickness in his voice or words…nope. I honestly don’t know how he does it. I’m sure he must have a secret, some sort of sound-proof screaming chamber somewhere.

Maybe you all have someone like Andy in your life. Someone who never seems to get frazzled. Someone who is always level. Someone with An Unbelievable Peace about them. It can make you a little envious, can’t it? To be able to enter into any situation, even the kinds that are troubling or nerve-wracking, and still maintain a sense of calm or peace. That would seem to me like a rare and valuable quality. It’s something we come to not only expect but admire about many people in our society. We think of police officers, firefighters, and nurses and doctors in emergency rooms. And this morning, as we continue through this season of Advent toward Christmas, we fix our attention on a figure within Christ’s story that possesses this quality I’ve described. A person with a faith of incredible strength. A person with a heart completely open to God. A person in a profoundly difficult situation who still possesses An Unbelievable Peace. This morning we look to Mary and into a very specific, very private moment of her story. It is sometimes called Mary’s Song or the Magnificat. We’re in Luke 1:46-55, and it gives us a rare glimpse into the heart and mind of this remarkable woman after she has come to understand the blessing and burden that she will bear. Let’s read it.

Scripture is filled with many moments and stories of importance. Great battles, convicting conversations, the rise and fall of nations, even glimpses into the future. But I do not believe there are many moments in the biblical witness more tender and intimate than what we just heard. It echoes the same emotional tone of the ancient psalms. And these reflections, the pouring out from Mary’s heart should bring us pause when we consider the portion of her story we explored last week. We recall that an angel entered into her life without warning and laid upon her one of the most weighty and transformative pronouncements in the history of the world.

In that moment we witnessed last Sunday; we heard the voice of a young woman say “How?” How will this happen? How could this happen? Here, this morning, in this passage, we find that very same young woman now whisper, “Amen.” I cannot emphasize enough the importance of understanding what we are not given witness to, and that is the space between Mary’s How and her Amen. We don’t know what occurred within her heart to get her to this moment in her story. It is a reminder to us that we are not always privy to every detail of the stories we encounter. But somehow, likely due to her profound faith, Mary has come to this moment and to An Unbelievable Peace.

This is often called a song, but it is truly a prayer. It is a prayer of adoration. Mary glorifies God and praises her Creator for the attention and the gift that has come to her. She lifts up the wonderful, ageless name of the Lord and reminds herself and each of us of God’s unexplainable and yet undeniable holiness, mercy, and strength. She rests in the truth of God’s concern for the forgotten, for the hungry, for the broken. And perhaps most important to Mary herself, she marvels at the faithfulness of this God who makes promises with people just like her.

Perhaps you can understand why this very private, very tender prayer of Mary’s has been adopted within the Christian story as a banner song for the journey of those who seek to listen to the Lord. Mary has held a place of affection and prominence within the narrative of our faith for centuries. She has been venerated, praised, and even deemed a saint in some expressions of our faith. And this prayerful song of hers demonstrates why. It is not because of some magnificent holiness or some sort of supernatural demeanor. It is because, within the heart of Mary, we find An Unbelievable Peace despite overwhelming circumstances. We warmly regard Mary because of her fragile yet brilliant faith in the God that has come to her. Mary stands as an example to each of us because we are shown what obedience can be. It is not some begrudging and tedious submission, but instead a heavy and transformative participation in the work of bringing the love and grace of the Almighty to this world.

As we travel through this Advent season and approach our celebration of Christmas, we are looking to the defining tenets or realities of Advent to be our guiding stars in the night sky. Hope, Peace, Joy, and Love. And the path that we are traveling for this journey is Luke’s account for how Jesus came into this world as an infant. Last week we focused on hope. This week we use Mary’s prayer as our lens to consider Peace. Once we turn on the radio and tune into the Christmas music, it doesn’t take long for us to hear mention of peace. A general wish of peace on earth and goodwill to all is fostered in many of our favorite Christmas carols. Sometimes, peace is described as a laying down of differences, and effort is made to come together for the sake of not only the holiday but for each other.

And that kind of peace, the kind that stills conflicts and ends violence, absolutely possesses a firm place in the narrative of Christ’s coming to earth. Much has changed in our world since the time of the first nativity, but some things remain. Our earthly home is still marred by selfish, violent figures who possess enough power to harm others and too much to seemingly be challenged. Our society still possesses the soulless and cold willingness to close the door on individuals and families seeking warmth and rest. The world in our time is just as needy and desperate for the coming of the Messiah as was the ancient one in which the Gospel accounts were recorded. In other words, the centuries that have passed have not removed our need for peace. And yet, much like Mary, each of us is implored by God to bring light to darkness and to introduce An Unbelievable Peace into this time of conflict and strife.

In the same way we love our neighbor within our community here in Bloomington-Normal, all the way to what platforms and reforms we advocate for on a national or global level, we can be a voice crying out for peace in this world. But it is not a regional or global peace that I feel we need to make the focus this morning. We hear this tender prayer from Mary that speaks of thrones vacated, yes, but this prayer also calls out to us as a people who are personally and sometimes desperately in need of peace within our own hearts and minds. And it is that kind of peace that we bear witness to here in Mary. It is a peace that moves her from the staggering and almost impossible task the Lord has given her to, only a short while later, becoming the woman who literally and personally brings Jesus into this world. Somehow these tender moments of reflection on God’s goodness give her a steadiness in her spirit. Recalling how the Lord has been present in both the highest spaces of authority and in the most desperate corners of poverty, Mary finds a calm that replaces the storm of her own uncertainty and fear.

Each of us has experienced or is experiencing moments of trial and fear, just like Mary. Chapters of our story that are filled with back-breaking uncertainty and crushing anxiety. We might be choked by obligations before us that we feel ill-equipped to satisfy. We may be facing decisions that leave us feeling utterly without hope. We could be burdened by the past or terrified of the future. We want rest. We want calm. We want peace. But how do we find it?

Mary provides a powerful but challenging example of how to find An Unbelievable Peace despite overwhelming uncertainty and hardship. And Mary’s example doesn’t answer for us the “how” we endure these difficult chapters but rather the “who” we endure them with. In Mary’s case, and hopefully in each of our own, the answer of “who” is found in our God and Creator. Remember, Mary had no resolution yet at the point of her moving prayer. The future was still terribly uncertain. A baby was still going to be born. Everything was going to change, and there was very little she could do on her own. So, in a brilliant and inspiring moment of vulnerability, Mary opens her already weary and anxious heart to the God who knows, loves, and calls her. In all her fear and restlessness, Mary reminds herself of the Lord’s goodness and presence. She had no other option. Any answer to her ordeal was out of her reach. So, she reached out to the one sure and true reality in her life…her God. 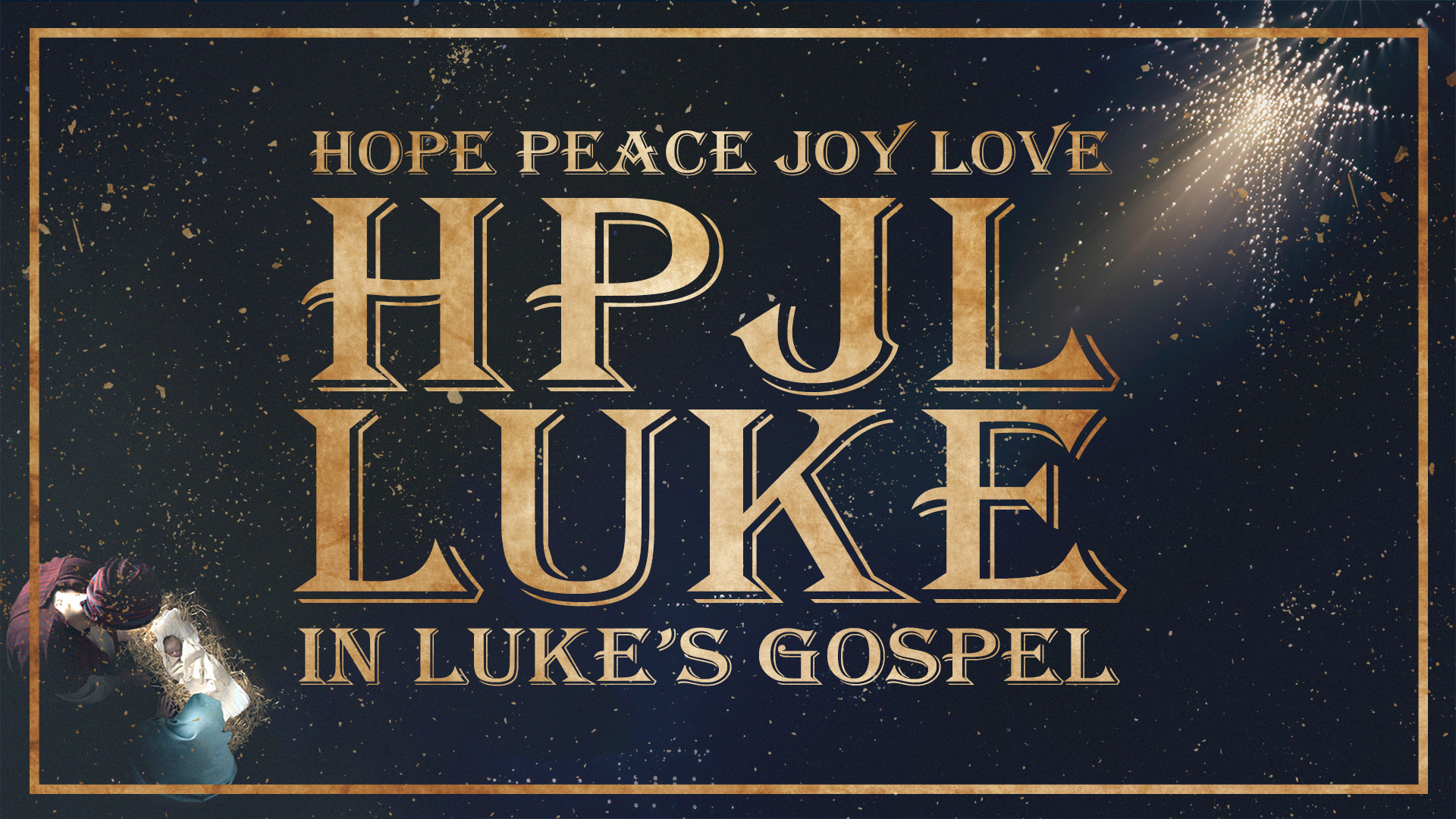