There might not be a better experience than being the recipient of an Unexpected Kindness. Maybe the only thing close is receiving some very good news out of the blue. But it doesn’t matter what kind of day we’re having, if we receive kindness that we weren’t expecting, it just instantly raises our spirits for the day. If we’re already having a good day, it makes it even better. If we’re having a rough day, it gives us that shot in the arm we need to smile and move onto the next thing. And sometimes it’s something really simple. A couple of times when I’ve driven through the Dunkin Donuts drive-thru, I’ve gotten to the cashier’s window and I’m told the car in front of me paid for my coffee. Wow. That’s awesome. Or someone sends you an encouraging letter or text message without prompting. Again, just a really simple but moving gesture that gives you that spark of joy and sometimes a kindness comes from the most unexpected source. I’m sure many of you have seen those videos on social media that show someone doing something moving or kind. Sometimes it’s a person going out their way to help an animal in need or from time to time you’ll see someone do something incredibly generous and over the top. Well, one of those types of videos came across my Facebook wall and it forced me to swallow a little pride and celebrate what I saw.

I was scrolling through Facebook maybe two weeks ago and a video came across my phone of a guy in a Patriots jersey on talking on the phone. I was interested so I opened it up and watched. Turned out it was from 2017, the same year the Patriots overcame a 21-3 deficit to win the Super Bowl. This Pats fan in the video was talking on the phone and setting up a Super Bowl party. You see him go and grab handfuls of Patriots jerseys and order tons of wings and food and then he said there’s one more thing he has to do. And then you see him go around the streets of New York and invite several homeless folks to come to the party.

The rest of the video shows this Pats fan take his new acquaintances up to a hotel rooftop viewing party of the big game, complete with their own Patriots shirt to wear and all the food they can eat. You see the distinction between homeless and not just disappear as this group of people cheers during the game, high five each other, and take a few moments to look out over the city of New York. It’s called “Throwing a Super Bowl Party for the Homeless” and you should check it out. This is probably the only time I’ll recommend something even remotely connected to the Patriots. But when I saw a video with a guy wearing a Pats jersey, the last thing I expected was an act of profound kindness. And I’m sure it was the last thing those homeless men expected when this fan walked up to them that day.

This morning we’re going to look at a moment in Scripture that falls within this same theme of Unexpected Kindness. It’s a chapter within the story of David. David’s life is one that is talked about fairly often. We might have grown up hearing the story of a shepherd boy using a slingshot to bring down a giant. And maybe David’s role as the king of Israel is something we’re familiar with. David’s life is its own unique case study, filled with the same kinds of exhilarating highs and heart-crushing lows as each of us. But the part of David’s story we’re exploring this morning is one that isn’t brought up very often. It takes place after the giant-slaying. David isn’t a shepherd boy any longer. His cloak has been replaced with a crown and his flock is now the nation of God’s people. The previous king, Saul, is gone and David’s time as ruler is beginning. And that is when we come to 2 Samuel 9.

So we enter into this chapter of David’s life and one of the first people we hear spoken of is Jonathan. Jonathan was the son of Saul, the previous king before David. Jonathan and David were the best of friends, more like brothers than anything else. Saul was a harsh king and prone to wild mood swings and fits of rage. He attempted to kill David several times. There were moments where Jonathan risked his own life and position of power to secure David’s safety and defend his life. Jonathan was killed by enemy soldiers before David became king. In this opening verse of our text, you can hear David’s solemn and saddened heart as he thinks on his friend, most likely wishing he could share his joy with the brother he had lost. And so David inquires if there is any relative of Saul’s still alive for David to show kindness to. That brings us to Mephibosheth.

Aside from having one of the biblical names you can guarantee never appears in a baby names book, Mephibosheth has an interesting and tragic story. Mephibosheth was the son of Jonathan. Jonathan and Saul died when he was only 5 years old and when news reached the caretaker of Mephibosheth, she quickly tried to get him out of the kingdom. Unfortunately, in her rush, she dropped him and crippled both of his legs. You see, the rule of the land and the common practice was that when a new king took power, all of the family of the previous king were disposed of so that there could be no rival claim to power. So, Mephibosheth went into hiding, crippled and alone. And he ended up in a place called Lo Debar.

Lo Debar was a desolate, secluded place. Its name in Hebrew has been translated as “pastureless” and even “no word.” It was, quite literally, an insignificant and ill-sought corner of nowhere. Criminals and runaways were its primary population and it was the last place any respectable or even average person ever traveled to. And it is there, in a wasteland of loneliness and fear, that Mephibosheth lived out his days knowing he could never return to what had been his home.

Living in constant fear of being discovered by David’s people, Mephibosheth likely lived only a half-life, always looking over his shoulder and never feeling a sense of peace. So, imagine what must have gone through his mind when he sees, off in the distance, the swirling up of dust that could only come from the chariots of potential soldiers. And then his worst fears are realized as he sees them begin looking around and finally approach his dwelling place. He’s powerless to even run, let alone resist, because of his crippled legs and so he can only wallow in anxiety and fear on the journey back to the king’s throne where he will be put before the most powerful person in the known world knowing full-well that his execution should not only be expected but would be common practice for the age. And how terrible must that ride have been to David’s palace? The bounce of the horse or the cart. The wind. And then they arrive at the palace. Mephibosheth would have been dragged into David’s presence by the guards – remember, he’s crippled. At this point, Mephibosheth is the most scared he’s ever been. He is thinking he has minutes, maybe hours, to live. That is when he hears David call his name.

Likely terrified and emotional, Mephibosheth is so scared he doesn’t notice David’s tone. He thinks David yells in anger and Mephibosheth just bows down to him and says, “Your servant.” Who knows, maybe if he is cooperative2663

David will show him mercy and give him a quick death and forget that Mephibosheth has been hiding from him for years. And then David does something that certainly surprises Mephibosheth. Odds are, it surprised the guards and attendants too. David does the most unexpected thing. He offers kindness. Mephibosheth is completely flabbergasted. He’s confused. He’s overjoyed. He’s skeptical. He’s so many things all at once. The king who he feared so much would hurt him is actually blessing him. And even more, this king is making Mephibosheth a part of his family. And Mephibosheth doesn’t know how else to respond. You can hear him say through tears of shock and gratitude, “Who am I, that you’d notice a dead dog like me?” Here we witness David offer Mephibosheth something life-changing and unbelievable. He offers him an Unexpected Kindness.

Whether it is the voice of a king, like David, or the generosity of a New England Patriots fan, staggering acts of Unexpected Kindness touch us and move us. But we have to remember something. As much as we may want to be the David in the story, we must remember that before anything else that we are Mephibosheth. Before we could consider doing any measure of kindness, God offered us the most Unexpected Kindness in Jesus Christ. The death and resurrection of our Savior destroyed the barrier between us and eternity. The invitation of Jesus to follow Him brings us to our Creator. Having been the receiver of such an Unexpected Kindness shapes us in such a way that we become uniquely capable of offering kindness to others.

And, friends, that is what we must do. It seems that these days many are quick and even eager to offer complaint, criticism, sarcasm, and skepticism. And I wish that didn’t include the church and God’s people but, unfortunately, it does. An Unexpected Kindness is inspiring because it is just that, unexpected. It seems to run counter to the standard and the norm in a powerfully positive way. I want to encourage all of you to be like David. Even though everyone in the room, in the world, expects you to do one thing, do the unexpected thing. Be kind. Be gracious. Be merciful. Be compassionate. Be intentional. Be faithful.

It takes little to no effort to be negative, to be critical. Apathy costs nothing but offers less than that in return. Our God has told us to be the difference this world needs. Just as a lighthouse shows a vessel the location of the land, so too can we be the light that reveals to the world God’s presence in this place. But that’s hard to do if we’re grumbling, growling, frowning, and scowling most of the time. Choose joy. It might surprise you as much as it does those you interact with. Because maybe the very work of sharing kindness will change your heart in an unexpected way as it would change the circumstances of a friend or stranger. Our God is in the business of the unpredictable. Our hope was bought with unprecedented love. This world can be redefined by us making the choice to celebrate and share Unexpected Kindness. 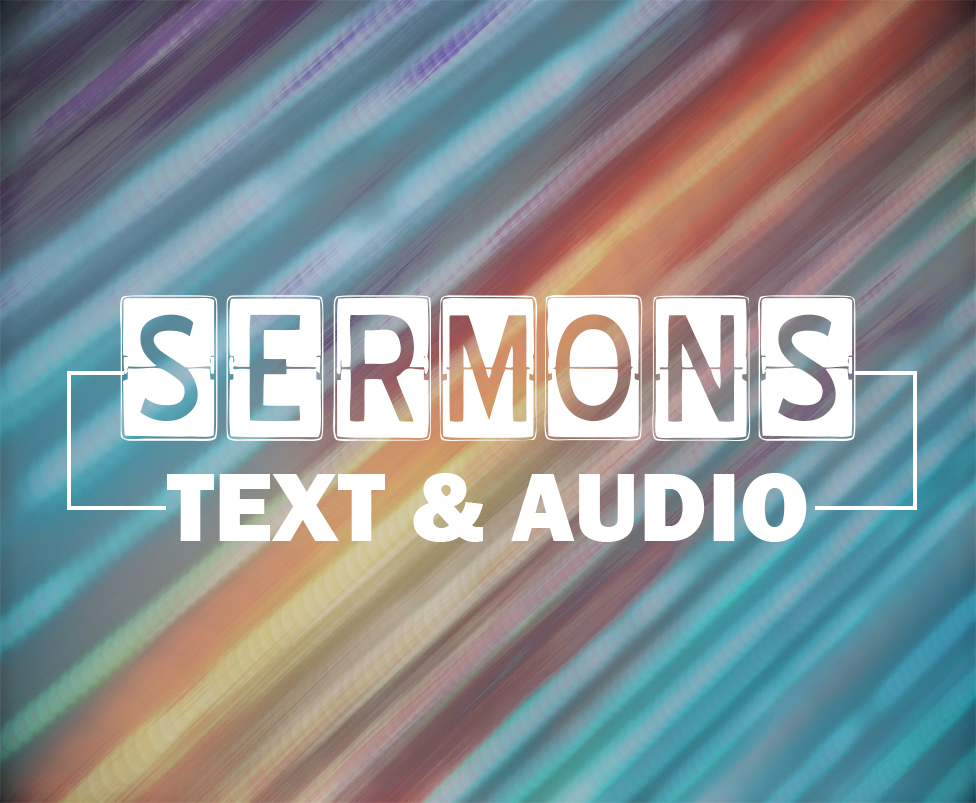 The Rebellion of Love