Not long after Jesus called the 12 disciples, he told them parables about planting seeds. He was readying them for the task ahead. It would be like a farmer’s work, he was saying. The word the disciples shared would seem small and insignificant, a tiny seed, but it would take root, sprout, and become a great blessing to the world. They were to live with hope, because of the power of God, and the God of power would bring fruition in due time.

Hope can pull people out of the depths and propel them forward. It can bring renewal to individuals and whole societies. It can accomplish the impossible. In Psalm 42 we read, “Why are you cast down, O my soul, and why are you disquieted within me? Hope in God, for I will again praise him, my help and my God.” It is great self-talk. His religion was helping him to climb out of despair and move toward joy.

If there is a lack of hope, then we can become paralyzed, or go backward in life. Sometimes we can barely get ourselves out of bed in the morning. We can’t know what goes on in the mind and soul of another person. Anthony Bourdain and Kate Spade are famous and successful. They are among over 100 Americans who die each day by suicide. It is a public health issue, and when we make up our minds to address causes and provide treatment, the numbers will come way down. When we cease to view it as a moral flaw and offer needed medical support, there will be a real improvement. If we’ve lost a friend or loved one to suicide, we might tend to blame ourselves. “If only I had done something differently, or been more aware.” Don’t go there. At least, don’t stay there. It’s not a time for blaming self or others. As a society, we can do better at offering help and hope.

We are also to let hope do its beneficial work in our own lives. The words we tell ourselves make a big difference. I like orphan Annie’s song. “The sun will come out tomorrow, bet your bottom dollar that tomorrow, there’ll be sun. Just thinking about tomorrow, clears away the cobwebs and the sorrow, til there’s none. So ya gotta hang on til tomorrow, come what may. I love ya, tomorrow—you’re always a day away.” That song has probably gotten more than a few people through present pain to a better place. It points positively toward God’s future—a future that transcends the loss or trauma of this moment and looks toward healing and a new day.

You might have seen the story in the news. It took place last week on the UBS building in St Paul, MN: 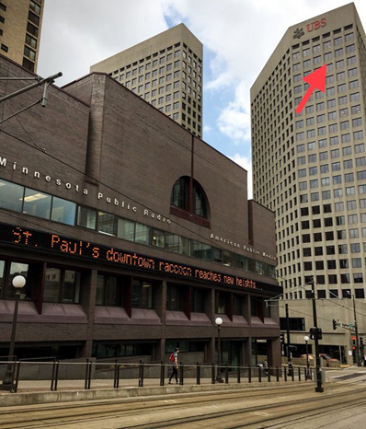 The arrow is pointing to the focus of our tale

And here is a close-up: 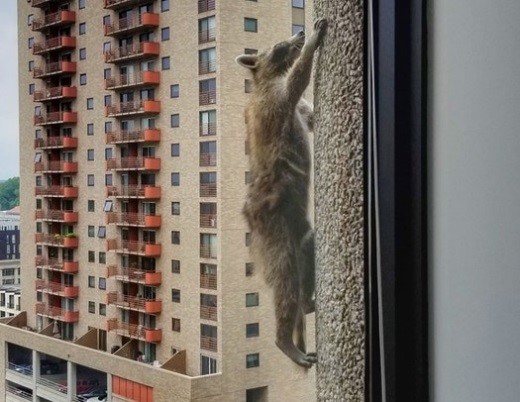 She is a young raccoon who started climbing and kept climbing. At first, few noticed, but then clips and photos by an observant attorney went viral, and an internet star was born and seen around the world. 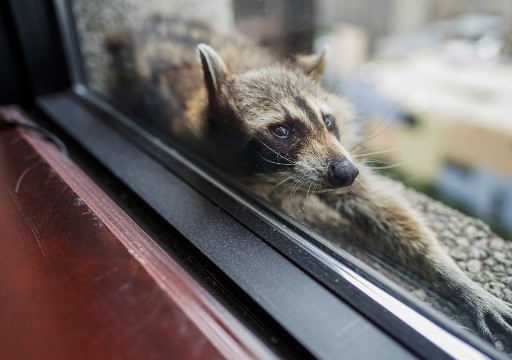 Here we see her through a window on the 23rd floor. She doesn’t look worried. I don’t think she was given a name. She can be called Paula, for St Paul MN. Or, she could be called Minnie—after the nearby city of Minneapolis. But, for our theme today, let’s call her Hope. She inspired a lot of people to hope on her behalf.

Now since such a climb can be exhausting work, it was soon time for a nap: 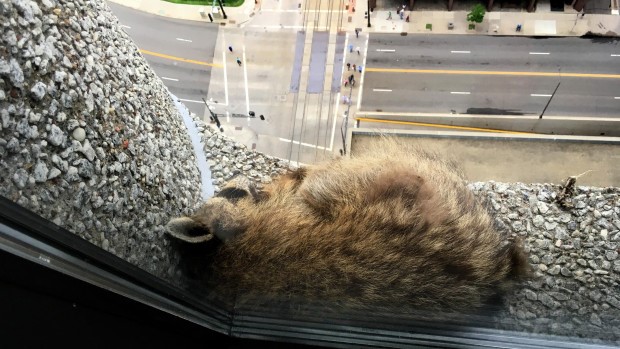 One reporter noted, “The raccoon’s movements were followed closely, analyzed for clues about her mental state, hopes, and dreams.” When her nap was done, she set out once again, climbing ever upward. 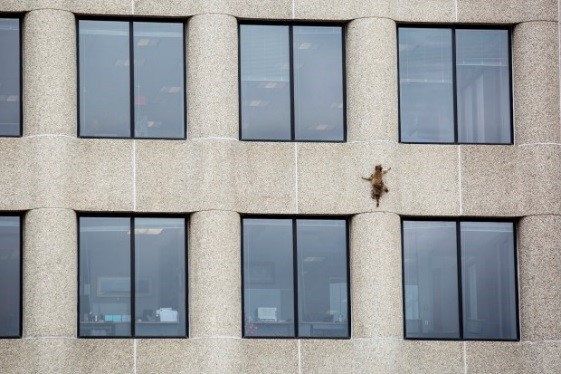 People fervently hoped that she could hang on; they dreaded that she might let go and plunge to the street far below, but they could not turn away. Eventually, Hope made it to the roof of the building.

She was safely captured and transported to a place far away from all skyscrapers. Hope the raccoon could go on with her life, and her many new friends around the world could rejoice and breathe a sigh of relief. 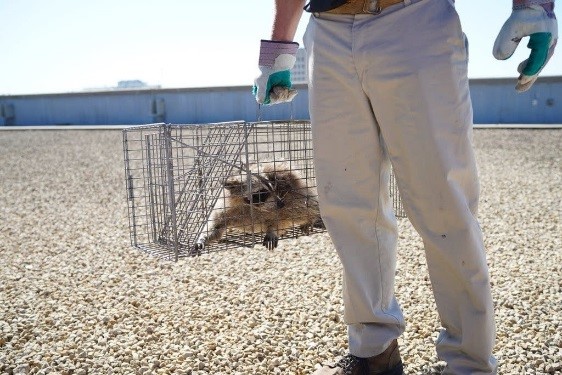 The kingdom of God, said Jesus, is like a seed. It grows mysteriously, unseen, and somehow we are invited into the process. We can hope on behalf of others: for farmers around the world in places of drought and climate change—they’re hoping for a decent crop to feed their families. PCUSA missions are involved in helping with effective methods of sustainable agriculture, new seeds, and through our gifts, people like Jeff and Christy Boyd in Congo, and Bob and Kristi Rice in S. Sudan, bring hope through their work. Members of First Pres in Chiapas bring hope. Parents, moms, and dads on our border this Father’s day, who’ve been separated from their children, and brothers and sisters, need hope and somebody to stand with them and be for them. Our granddaughter is with her other grandma for two weeks. Before she left, she drew pictures of Leslie and me to carry with her. I heard a heartbreaking report of a four-year-old boy at the border, who clutched a picture of his mom that he had drawn, as they took him away.

Is there someone closer to home - in your life - who needs to know they have a friend, that they are not alone, someone who longs to hear a word of hope? 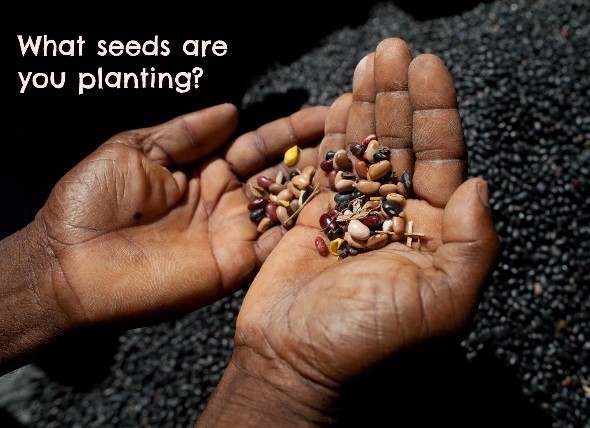 We are part of the kingdom, the realm of God. It’s been given into our hands to share, to plant, to give even one other person a reason to go forward in life. By our gifts, our words, our actions, are we planting the seeds of hope?

We Need (To) Produce